Yong-Tian Wang received his B.Sc. degree in precision instrumentation from Tianjin University, China, in 1982, and his Ph.D. degree in optics from the University of Reading, England, in 1986. He is currently a professor at the School of Optics and Photonics in Beijing Institute of Technology (BIT), and a Chang Jiang Scholar appointed by the Chinese Ministry of Education. He serves as the head of BIT's Faculty of Information and Electronics Sciences, and the director of Beijing Engineering Research Center of Mixed Reality and Advanced Display. His research interests include optical design and CAD, 3D display, image processing, virtual reality and augmented reality technologies and applications. Dr. Wang is a Fellow of SPIE, OSA and IET, and a member of the board of directors of the Chinese Optics Society (COS) and the China Computer Federation (CCF). He is the leader of the expert group on virtual reality and multimedia for the National High Technology Research and Development Program of China (the 863 program). He is also a member of the National Committee of the Chinese People’s Political Consultative Conference (CPPCC). 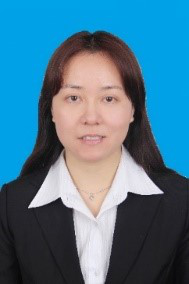 Qiong-Hua Wang is a professor at the School of Instrumentation and Optoelectronic Engineering, Beihang University and and a Chang Jiang Scholar appointed by the Chinese Ministry of Education, China. She was a research scientist at the School of Optics/CREOL, University of Central Florida from 2001 to 2004. She received her M. S. and Ph. D. degrees from the University of Electronic Science and Technology of China (UESTC) in 1995 and 2001, respectively. She worked at UESTC from 1995 to 2001 and at Philips Mobile Display Systems in Shanghai in the summer of 2004. She has published approximately 200 SCI papers. She has authored 2 books. She holds 5 U. S. patents and 89 Chinese patents. She is a Fellow of the Society for Information Display (SID), deputy director of 3D displaying and imaging committee of China Society of Image and Graphics and associate editors of Optics Express and Journal of the Society for Information Display. Her research interests include optics and optoelectronics, especially display technologies.

Dr. Hong-En Liao received his B.S. degree in mechanics and engineering sciences from Peking University, Beijing, China, in 1996, and the M.E. and Ph.D. degrees in biomedical precision engineering from the University of Tokyo, Tokyo, Japan, in 2000 and 2003, respectively. He was a Research Fellow of Japan Society for the Promotion of Science (JSPS). Since 2004, he has been a faculty member at the Graduate School of Engineering, The University of Tokyo, where he became an Associate Professor in 2007. He has been selected as a National “Thousand Talents” Distinguished Professor, National Recruitment Program of Global Experts, China since 2010, and is currently a Full Professor and Vice Director in the Department of Biomedical Engineering, School of Medicine, Tsinghua University, China. He is the author and co-author of more than 250 peer-reviewed articles and proceedings papers, including publication in IEEE Transactions, Nature Photonics, Theranostics, Medical Image Analysis, as well as 46 international invited lectures, over 40 patents and 290 conference abstracts. His interests include 3D medical image, image-guided surgery, medical robotics, computer-assisted surgery, and fusion of these techniques for minimally invasive precision diagnosis and therapy.

Xin-Zhu Sang is a professor of the State Key Laboratory of Information Photonics and Optical Communications at Beijing University of Posts and Telecommunications. His current research interests include three-dimensional display, holography and novel photonic devices. He has published more than 160 pre-reviewed research papers in scientific journals, and holds 15 patents.

He received dual bachelor's degrees in instrument science and management engineering from Tianjin University in 1999 , the M.S. degree from Beijing Institute of Machinery in 2002, and the Ph.D. degree at Beijing University of Posts and Telecommunications in 2005.From December 2003 to March 2005, he was with Optoelectronics Research Centre, Department of Electronic Engineering, City University of Hong Kong as a research assistant. From July 2007 to July 2008, he worked in University of California at Irvine as a postdoctoral research scholar. He has been a full professor in Beijing University of Posts and Telecommunications since September 2012.